The Alberto Madella Award: The Man Behind the Honor 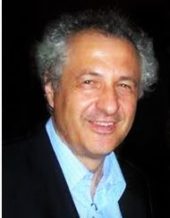 The Alberto Madella Award: The Man Behind the Honor

Alberto Madella was born on August 13th 1956 in Venezia-Mestre, Italy. In 1979, he earned his Masters in Political Science and later, a PhD in Sociology of Science in 1987.

For most of his career, Madella was a researcher as well as a science and education advisor for the Italian National Olympic Committee and several Italian Universities. His main topics related to sports management, such as “Professionalisation of Sports Organisations” and “Performance of Sports Organisations”. He also had high responsibilities in most of the European Networks and Scientific Societies related to Sport Science such as ENSSHEE, EOSE, and EASM.

Since the beginning of MEMOS in 1993, Madella was a part of MEMOS. For several years, he was in charge of the Human Resources Module with Professor Chelladurai. Together, they published the MEMOS Human Resources Manual. By 2008, he had been the tutor of nearly 50 Memosian projects.

Following his tragic death after a run on March 30th, 2008 in Sicily, the MEMOS organization decided (June 14th, 2008 in Sydney, Australia) to create an Alberto Madella MEMOS Award to keep in memory the huge contribution Alberto Madella made to MEMOS. The award has been a part of MEMOS graduations since September 2008 (MEMOS XI). It is awarded to the best MEMOS project of each of the sessions, including French and Spanish.