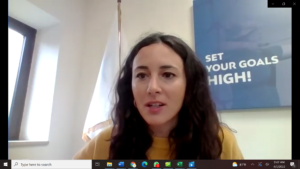 Their mission aligns with the IOCs mission and values, and they focus on grassroots programs into elite events like the European Games and European Youth Festival. Highlighting the importance of data, Donatella explained that they paid special attention to tracking the careers of their young athletes and the stories around the individuals.

Host Marco pointed out, 50 different NOCs can create a lot of difference. Donatella explained, with everyone having the same focus on the athletes they are more similar than different. The most obvious difference she sees, is the difference in resources available to organizations.

To learn more about the European Olympic Committee check out their website (and social media): https://www.eurolympic.org/